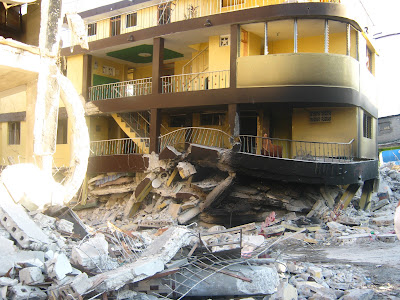 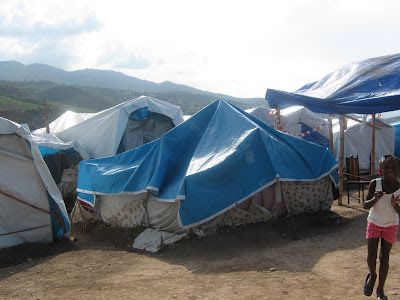 I don't think I will ever forget where I was when I found out, I had just left home on my way to Haiti stopping at Greenwood Indiana for cross cultural training before heading to Haiti. That night I checked my email wondering why people were asking if I was ok, then I saw online what had happened.

It was devstating to watch, every night I was trying to find out as much information as I could, check if my friends and other missionaries were ok, then all I wanted to do was to be there to see what I could do to help.

I remember just thinking why?After living in Haiti before I knew how difficult life was........already, how terrible housing  was........already, how terrible the health care  was........already even before the earthquake Now things had just got a million times worse. And I couldn't get my head round it, I questioned God and couldn't understand why God would let this happen to an already suffering nation. I arrived in Haiti on 3rd February and was straight down to Port to help with some mobile clinics. The scenes were awful, the smell was awful but the people proved to be strong and resilient. I would say between being in Port and working in Milot hospital with patients from the earthquake I have spoken to over 350 people who were in Port on 12th January and not one single person said why did God let this happen. Not one. Every person I spoke to said 'Its only by God's grace I am alive today.' What a challenge. 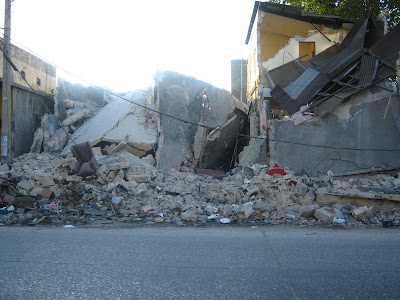 Since then I heard miracle upon miracle of how people lived through 12th January.  One young girl, Rose Marie in Milot trapped under rubble for 15days with no food and no water yet survived. A friend of mine, Anice traped in the 3rd floor of his school, found at midnight that night and amazingly amidst the chaos was found by his family two days later after sleeping in the street again with no food and no water. My wee friend Sterlina lived 6 months thinking her whole family was dead and was placed in an orhanage then found by her family who were all alive and well.  Joesph who lost both his legs, now walking with 2 prothestic legs by himself. 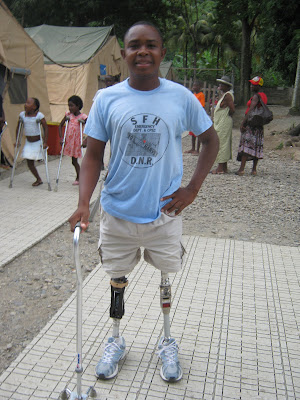 Baby Jeffely born 6 months after the earthquake after his mum was trapped under the rubble for 5 days. The light on the hill.....Where we ran our mobile clinics with over 600 people coming to the Lord. The church is going strong with people getting baptised and growing in the Lord. Right up their in the middle of tent city. A miracle. 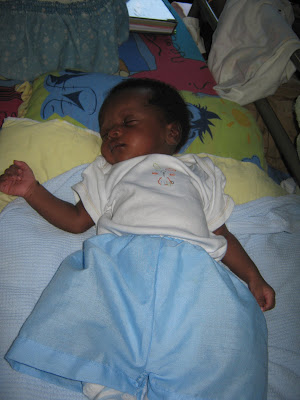 I am praying for Haiti, God is the only thing that will change Haiti. Please join me in prayer, not just for physical help  but for spiritual help. Haiti's roots are in Voodoo and only the Lord can change that. Pray for all those people who gave their lives to God after the earthquake that they can raise up a new generation who can change the beautiful but suffering nation of  Haiti. 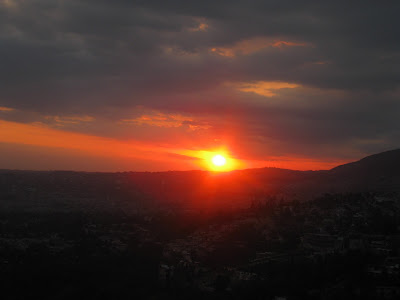