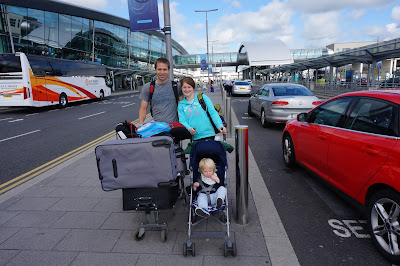 We just spent all of June in Canada doing some support raising. First we flew to Toronto to stay with some friends, John & Dorothy then Kelly & Barry who were both missionaries in Haiti when I was there. We got a chance to meet with John & Dorothy's small group who have been praying for us. Bill preached and shared in St Johns church in Hamilton ( Kelly& Barry's home church). 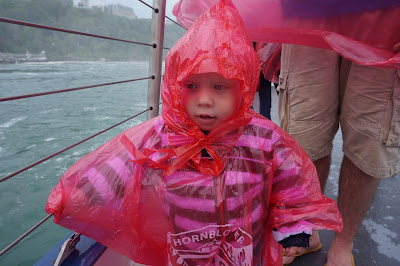 We also got a day's holiday to Niagra Falls and to meet another OMS missionary Kate who Julie lived with in Haiti. 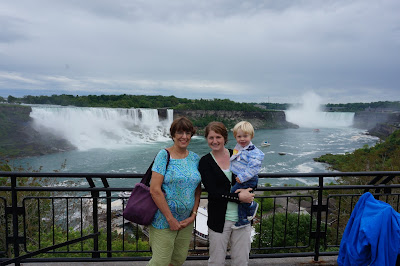 From Toronto we flew to Calgary and traveled out to Bill's family farm in Youngstown. We shared in Bill's home church, Youngstown Gospel Chapel and held an event called 'A taste of Haiti' out at the farm. We had a taste of some Haitian food, had lots of information out about Haiti and about what God has called us to do there. We also had a quiz about Haiti along with some challenges! 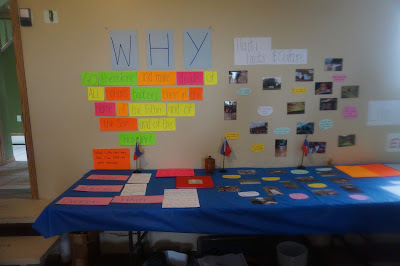 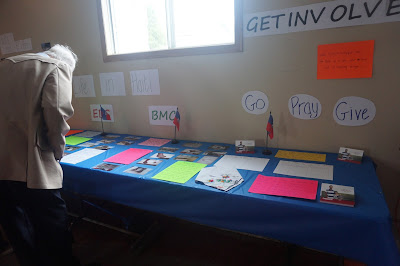 Friday afternoon we took the 5 hour drive to Saskatoon to stay with one of Bill's friends and run our taste of Haiti event at his house with some friends that Bill went to Bible college with. It was good for Bill to catch up with his friends and to be able to share with them. Sam also enjoyed playing with the other kids in the sand pit and at one point we found him dipping crisps in the sand and eating them!! 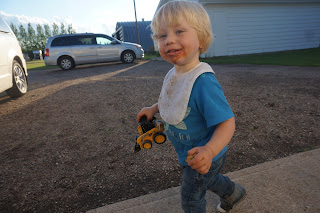 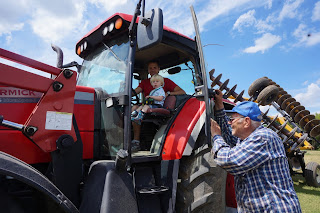 We headed back to the farm for a couple of days rest then drove down to Montana to spend some time with Bill's mum's side of the family and share in the church which she grew up in. We enjoyed seeing this side of the family which Julie had only met once, at our wedding. The church was very receptive to us and after church we had a little taster of rice & beans, Haitian spaghetti and pikiliz (a spicy Haitian coleslaw).

Our last weekend was spent in Calgary with Bill's brother and sister in law and we were able to share at their church on Sunday. When we weren't travelling we were meeting up with different people from the Youngstown church and spending time with family.As you can see it was a busy trip with a lot of travelling. Thankfully Bill's parent's had a DVD player in their car which kept Sam amused over the many hours in the car! Although by the end of the month we had heard the Curious George DVD so many times we could recite the whole thing! 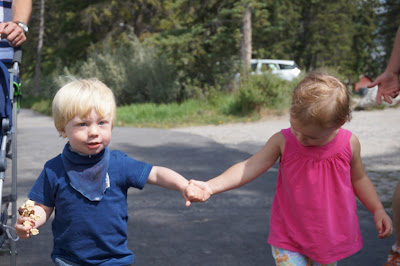 We had been praying and asked you to pray for our time in Canada and God answered our prayers. We raised a good bit of support and were able to build relationships with both churches and supporters out there. As you can imagine this wasn't particularly easy with an 18 month old, but Sam was brilliant the whole time we were away. He loved being on the plane, loved meeting lots of new people and playing with his cousins. 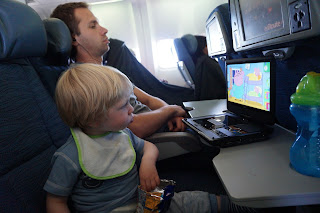 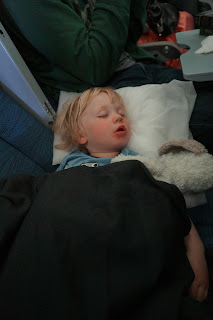 Our plans have also changed for when we hope to go to Haiti. Julie is expecting our second baby at the end of January so we now plan to go to Haiti around May/June time. This will give us a couple of months to settle in and begin to adapt to living in Haiti. Bill will spend this time to do language study and prepare for beginning to teach at the end of August. In the meantime we will continue to work, Bill will start back to to French class in September and we will also work on raising the rest of our support which we need to go to Haiti.