Haiti is going through a time of political instability which began a couple of weeks ago.  There were planned manifestations (protests)  for the 18th November, which began on 17th and didn’t finish until 22nd. Unfortunately these protests consist of road blocks, burning tyres in the street, throwing rocks and bottles along with threatening messages making their way around the country through whatsapp, which results in almost everyone too scared to leave their homes.  Schools, hospitals, markets and businesses were closed and the whole city of Cap Haitian was on shut down. 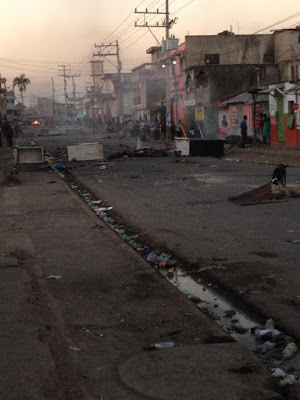 I cannot begin to understand or even explain why people are protesting because I  have heard many different reasons.  Some people are saying it’s because the cost of living in Haiti is so expensive (which it is!), some say its the opposition party paying people to protest, who want the president to step down and some say its to do with the petrocaribe ( something to do with government corruption over subsidized fuel sent from Venezuela).  Honestly its difficult to know what to believe but for your average person its just another thing which makes an already difficult life even more difficult. 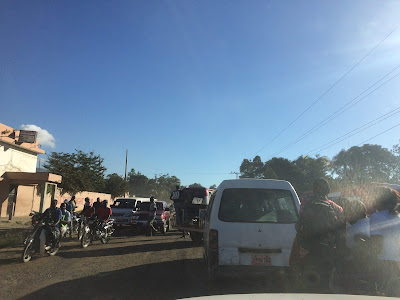 Whatever the reason is it’s not been good for Haiti. Protests mean no one can get into town to do business, buy food, bring fuel etc.  Schools were closed for just over a week and some parents are still scared to send their children to school.  Things seem to be getting back to normal this week but there are rumours of more protests coming, whether these will happen or not we don't know. 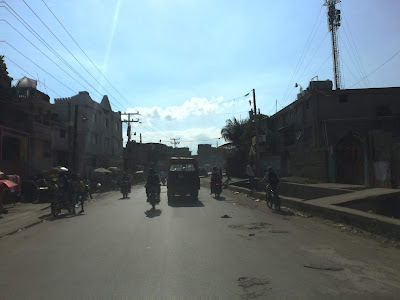 So once again we ask for your prayers for Haiti. Right now its for the political situation to settle down and for God to bring peace.

Bill and I talk often of what will change Haiti, there are so so many problems and issues how would someone even know where to begin.  According to statistics it is estimated there are over 10,000, yes I did mean to write ten thousand, NGO/aid/mission organizations working in Haiti.  Even with all that help many people still live in extreme poverty and people tell me things are more difficult now than they were in the past. 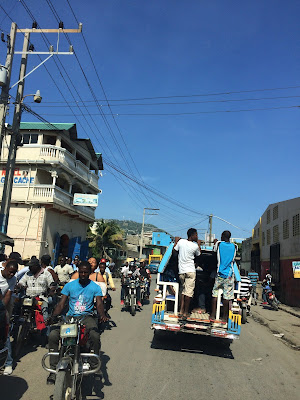 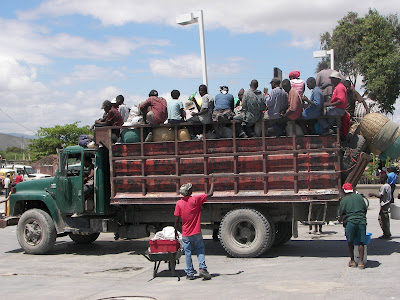 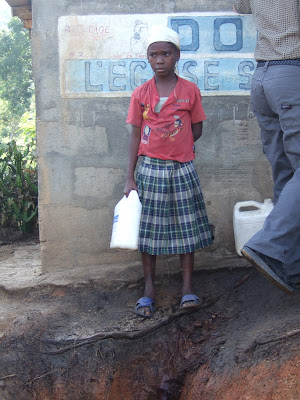 So what is the answer?  It can only be the gospel.  Business is good, jobs are good, healthcare is good, education for kids is good and there is no doubt many of these organisations are doing good things but only with the gospel will Haiti truly change.

But through the power of the gospel and the holy spirit it is possible.

Put on then as God's chosen ones, holy and beloved, compassionate hearts, kindness, humility, meekness, and patience, bearing with one another and, if one has a complaint against one another, forgiving each other, as the Lord has forgiven you, so you also must forgive.  And above all these put on love which binds everything together in perfect harmony.  And let the peace of Christ rule in your hearts, to which indeed you were called in one body.  And be thankful.