A part of life

Last week Altidor messaged me to tell me that one of the guys who translated for our last physio team in December 2019, had died.  He got married just under 2 years ago and is probably in his late 20's.  I tried to get a little more information but all she could tell me was 'he was sick and then he died.'

It's so sad and so typical of Haiti.  No explanation, no reason,  he just got sick and died. 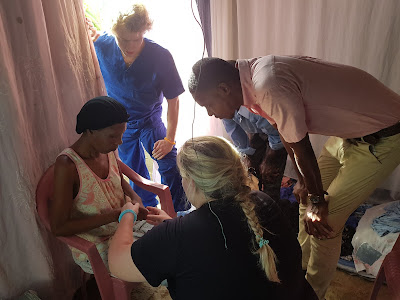 It's a tragedy and no doubt if he lived somewhere else with better medical care he either still be alive or his family would at least know what was wrong with him and why he died.

Back in February Claudin (Emmaus staff member)  lost his wife.  Again with no explanation. She has been unwell since the birth of her third child last August and couldn't get any answers anywhere. Then in February after a week of feeling awful, she had a seizure and died, leaving behind 3 little kids and a wonderful husband.  With no specialists, MRI's or CT's scan in the North of Haiti Claudin really has no idea why he lost his wife.

And we hear stories like this so often in Haiti.  Death is such an integral part of life.

My worst experience with death in Haiti was in 2010 when I was working in the cholera clinic.  One morning a man arrived with at 8 am with his 5 year old daughter in his arms, already dead.  It was too late.  She had started throwing up just 6 hours before and by the time he brought her she had died in his arms.  It was so tragic and so sad and it should never happen.  But the terrible truth is that it happens and it happens all too often and it happens with so many not only treatable but preventable illnesses. 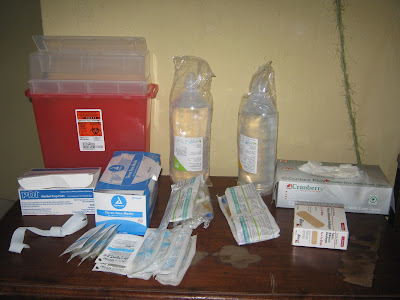 Why am I telling you this? To be honest I am not really sure. I guess with us going back so soon part of me is preparing myself for the suffering we will see and the feeling of helplessness we experience probably on a daily basis (Here is a post I wrote about returning to Haiti).   Another part is because so many people have asked us 'How are things in Haiti?' and its an extremely difficult question to answer because things in Haiti are bad.

Since I first visited Haiti in 2018 things have always been bad but over the past three years things are definitely worse.

The past three years has brought with it long periods of political unrest, affecting the price of food, the security in the country (particularly in Port au Prince), an increase in gang violence (again mainly in Port),  the already fragile medical care, the already poor education system, the availability of fuel and therefore transportation and electricity and honestly every area of life.  Haiti's people are so tired, so discouraged and in despair.  When I talk with Altidor she is just so hopeless for her generation.  She can't see a future which is going to be any better.  The problems are complex, the issues run deep and the solutions feel beyond reach right now.

Please take a few minutes to listen to Dr Guenson's message and call to prayer for Haiti.