God is doing a NEW thing

Tuesday was mardi gras, the annual festival for voodoo but this year it was DIFFERENT. Since the earthquake there has been no voodoo drums at night here. Normally you hear them everynight and even more so coming up to Mardi gras. Not this year, Mardi gras was cancelled because of what happened. I can't even describe how big of a thing that is. Haiti's history is rooted in Voodoo and devil worship. They gained their independance by asking Satan for his help, in return they handed they country over to him for 200 years, the history is full of Devil worship. And yet yesterday which was supposed to be mardi gras....a national holiday was cancelled.
Even better than that from Friday to Sunday Haiti announced 3 days of fasting and praying. People were meeting together in the street praying for their country for 3 days. There were church services everywhere. On Tuesday in Cap Haitian instead of the usual Mardi Gras parade there was a march of christians. A prayer walk of 50,000 people praying, praising, proclaiming Jesus name in the streets of Cap Haitian....ALL day. The had three protestors, Three witch doctors. On mardi gras, 50,000 people praying and JUST 3 protesting, only 3 people in the whole city who weren't happy with what has happening. 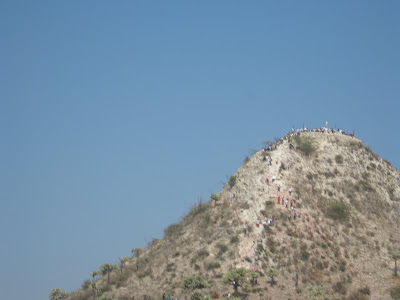 The only way I can compare this to anything at home would be to imagine the 12th July was cancelled for some reason, and ON TOP of that having 3 days of fasting and praying , THEN have thousands of christians march on the street praying and praising God's name. I cannot ever imagine that happening. Im sure that's what the people of Haiti thought, yet it happened. God is a God of impossible things.

I have been back in the clinic all week, its been really good to be back and spend time with all the other staff again. They were happy to see me and I was happy to see them!My first two patients were both earthquake victims. The first lady is from Port-au-Prince, her house fell on her and she lay for 40 hours before she was rescued, now she has some nerve damage in her foot. My other patient was the brother of one of our Emmaus pastors, and a friend of mine Pastor Lucner. He was in Port during the earthquake and Lucner and his family heard nothing from him. so Lucner went down to Port to look for him. How on earth do you find someone in such a big city, Ive no idea. Only in haiti could you do that, so amazingly he found him. He was hurt but ok so now I'll be working with him for the next wee while in the clinic. 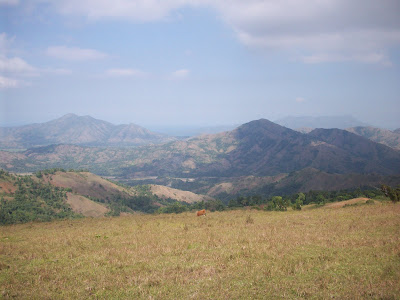 One more story, for a wee while yesterday I went in with Dr rodney because I didn't have any patients. Right when I walked in he was about to pray with her. Here is her story, she has been coming to our clinic anytime she is sick for a long time. Every time she comes they have devotions, she has heard the gospel many many times before. She lost her son in the earthquake, he was just 15 and she hasn't been able to find his body. But after the earthquake she got saved. Now she is walking with God, in his way. She needs comfort and strength right now and OUR God can give it to her. 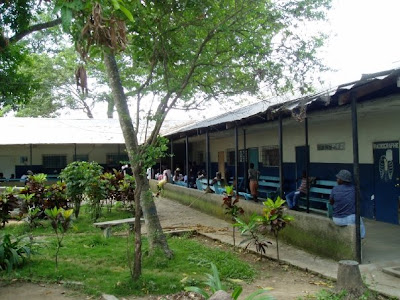 I just remembered one more person I want to tell you about for your prayers. If you have heard me speak before you have heard me talk about Carlos. My wee friend who used to visit me in the clinic everyday. He lives with his auntie who has 8 kids in her house and none of them are hers. To cut a long story short my sister is now sponsering him through starfish kids to go to school and he is doing great, he's very smart!I was very much looking forward to seeing him when I arrived. 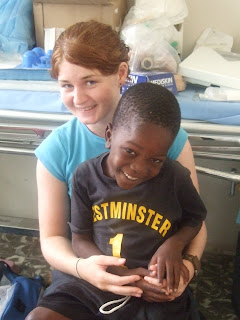 I went out the front of the clinic which is where his Auntie works and she wasn't there, so someone asked was I looking for Rosette, Carlos' mum. I said yes, where is she?They said, she is sick one of her children died and she is sick. The next day then (Wednesday) I went to visit her, our security guard from the clinic walked with me and showed me where she lived. When I arrived I could hardly believe it was the same person, you can see from the photo below what she looked like before (it was taken the last time I was here). She looked awful, so thin and gaunt, is walking with a stick and just looked depressed. She was glad to see me as was Carlos. But it was a hard visit, she is struggling alot with losing one of her children. He was sick in November and died in the same month, he was just 37 and had his own kids, who are now living with her. Now she has 10 people living in her house, unable to work, Ive no idea how she is looking after them. There is a sadness in the whole house. I just talked to her, read something from the bible which I had read that morning....Here it is actually, I just felt as soon as I read it that is what I should read to her.........


Isaiah ch 43 v1-3
But now thus says the Lord, he who created you, O Jacob
he who formed you O Israel,
Fear not for I have redeemed you, I have called you by name,
you are mine.
When you pass through the waters, I will be with you,
and through the rivers, they shall not overwhelm you,
when you walk through the fire, you shall not be burned,
and the flame shall not consume you.
For I am the Lord your God, the Holy One of Israel....your Saviour.
After I prayed with her and I always have trouble praying in Kreole, I can't say exactley what I want to say but the Holy Spirit definatley helped me and I remembered some words I needed which I learnt at least a year and a half ago. Please pray for Rosette, somehow the Lord will help her grieve properly and deal with what has happened. That God will give her comfort and strength. And for her family for who she is providing right now.

Thank you for praying for Haiti and the people of Haiti. 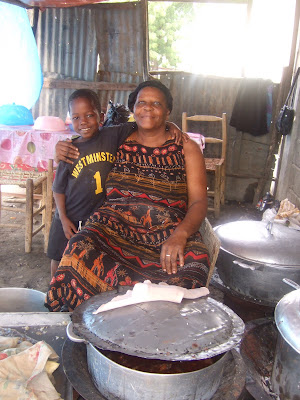 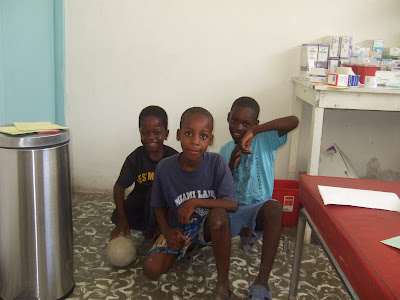