Junior and the seminary

I want to tell you about one of our seminary students who I met while I was in Port-au-Prince. His name is Junior and I want to tell you his testimoney and how God has completely changed his life including through being in Port this past month.

Junior was born in Port into a family which were involved in Voodoo. His father was a witchdoctor, with that comes having multiple wives. Junior's mother died when he was young and also Junior was forced to live out in the yard. He was expected to grow up  and become a witch doctor just like his father.

BUT God had different plans for Junior's life.

When he was 16 Junior heard about the gospel, he heard stories from the bible, he heard that God loves him so much so that he sent his only son Jesus into the world to take the punishment for his sins by dying on a cross. And that he can be forgiven, that God has a plan for his life and hope of being in Heaven with God forever. And he accepted Jesus as his Saviour. His family disowned him and he went to live with a new family of American missionaries.

After high school Junior wanted to be a doctor and went to medical school for nearly 2 years (I'm not sure exactly how long), while he was there he felt God asking him to leave, but he had no idea what he was going to do . But he obeyed and he left. With nothing to do his spent time in prayer and asking God to direct him. He thought about going to seminary but wasn't sure. At the same time someone he knew in America had met Matt who teaches at our seminary here in Haiti, after meeting Matt he phoned Junior and said I think you should go to seminary, I know of a good one in Cap Haitian.

So He came. Junior started seminary in September 2009, he is just halfway through first year. Im sure he thought this would be it for the next 4 years go to seminary where God has so clearly directed him.
BUT God has even better things for him. 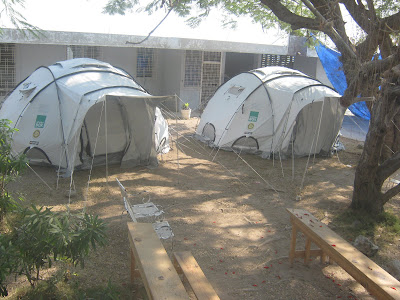 As you know OMS had teams in Diquini (an area of Port-au-Prince) doing mobile medical clinics, also evanglising and we saw between 500-600 people come to know the Lord in that area, yet with no church, with no leader with no discipleship. When I was in Port we were praying that God would open doors to plant a church up there. Back in Cap Haitian the missionaries were praying the same thing, maybe even someone from Port to go work in that area. Maybe you can guess what happened.

We got back from Port on a friday, our team including the seminary students one of which was Junior. Over that weekend he felt God's very clear call to go back to Port to plant a church. By Monday the decision had been made, God had called Junior, OMS had felt called to plant a church there so a team of a few people went back down to Port on Tuesday until Friday(last week) to work out the practical details. So here we were praying, not expecting God to answer our prayers so very quickly, yet he did! 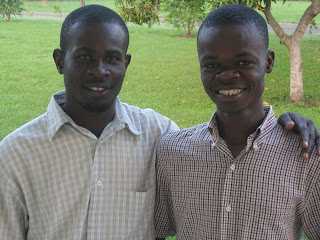 Junior and Bellany who went down to Port last week
Junior just went back down to Port-au-Prince today for church planting training with the plan being to plant a church up in Diquini. We have been given permission to put up a tent in the compound where we had the clinic right up ontop of the mountain to have church in. And 3 people have come forward from the community to train as leaders. Its all very exciting, who would have thought God would answer so quickly and make the way so very easy. That is Junior's story, completely amazing how God changed his life and is continually leading and directing him. 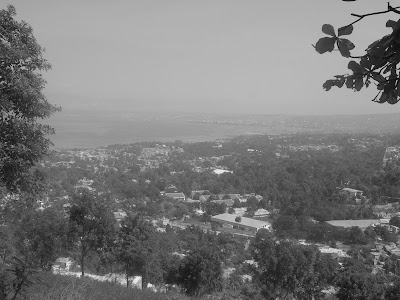 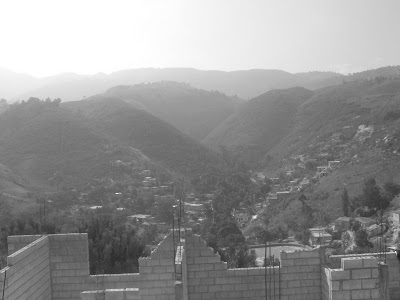 Speaking of the Seminary, OMS just built a brand new seminary well when I say just its been being built for about 3 years but it just opened in January, its dedication was the day before the earthquake. The old seminary had been there for a long time, a couple of times after breaks the roof had fallen in on a couple of the classrooms. It just wasn't ideal. The new seminary is beautiful, you would hardly believe you were in Haiti. It can sleep 140 students, has a library, a study hall, lovely classrooms, a ladies and mens dorms, a beautiful kitchen and dining hall and a chapel. 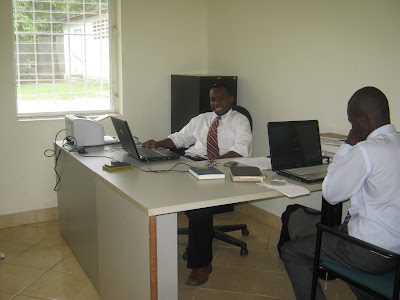 Pastor Lucner in his office. He teaches and translates. Lucner is also studying for his Masters through an online programme at Wesley Biblical Seminary in the States. 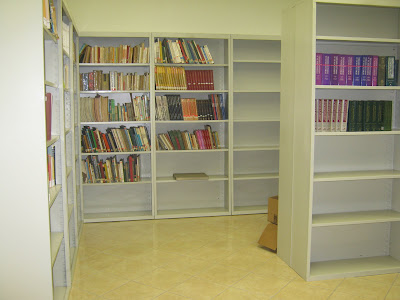 Part of the library...as you can see its pretty empty. They are replying on people to donate books which the students can use. Most of their books are in English because there are hardly any books in Kreole. So all the students have to learn English in their first year. 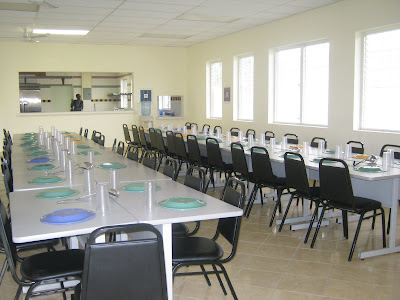 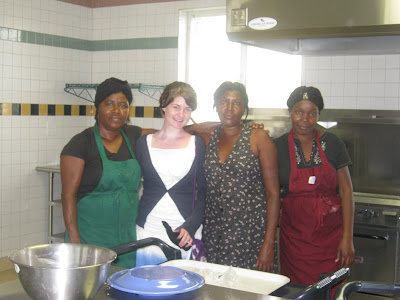 The ladies cooking in their new kitchen. Before they cooked outside on a normal Haitian cooking stove with charcoal. And did all their cleaning up outside...not so good if its raining. Now they have a lovely big new kitchen. (I am not really super super white its just the comparison to the dark skin!!) 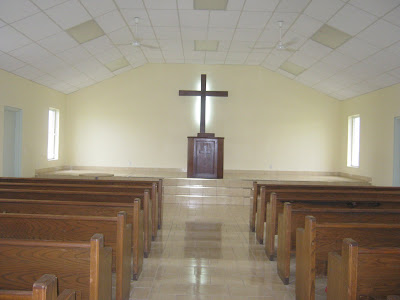 The Chapel
In the past week we have had 9 students come up from Port. They studied in Port but their seminaries have been destroyed in the earthquake and they heard about the seminary in Cap Haitian and came with literally just the clothes they had on their back and that was all they had in the world. Our seminary is offering them to study for free. But obviously its not free, to pay for living, to pay for teachers, for the staff to be paid is definatley not free. If you would like to help these students or sponser a student find out more information on http://www.ebshaiti.org/ or email one of our missionaries Stacey at staceyhaiti@gmail.com
at February 23, 2010