Rodney and Vedane in Canada

I have decided to start ‘blogging’ again really just to keep up to date with what Dr Rodney is doing. Last time  Dr Rodney was in Canada on his first trip. A lot has happened since then, he is still working in Bethesda medical centre. He is currently the medical director and has done a great job. I took a trip back to Haiti last September and the clinic looks great. There is a new pharmacy, the place where people pay is expanded, the price list has changed (for  the better!), there is a fixed price so people know exactly how much they will have to pay when then come no matter how much medicine they need. The clinic looks really well. 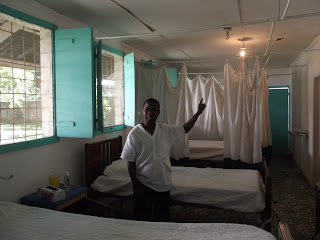 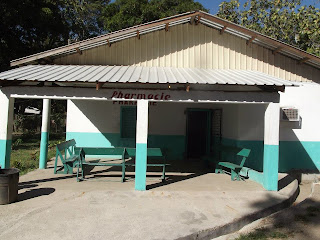 One of Dr Rodneys aims was to open a medical training centre, to train people up in nursing, pharmacy, lab tech and Xray tech. The school opened last October, he is renting out a building close to the clinic and actually was way oversubscribed so had to rent other buildings of OMS for class aswell. They currently have over 100 students and are at about full capacity! The vision for the school is that people will come from rural areas where there is no medical care at all, do their training and then go back to their village and provide healthcare and advice. Perhaps not all of them will go back but if a percentage do then they will be achieving the goal. The next aim would be as the school gets up and running that they would be able to provide scholarships for these people from remote areas. The majority of these villages would be extremely poor and people just would not be able to afford to come to the school.

The mobile clinics are going well, empower global has sent down a vehicle to Haiti, one which is able to drive on the roads and Dr Rodney along with a team of people are now running mobile clinics when they can.

Right now Rodney and Vedane (his wife) have arrived in Toronto, Canada for three weeks. Over the next three weeks Dr Rodney will be speaking, raising awareness of the project to different groups such as church groups, school groups and medical groups. The aim of the trip is to raise awareness and to fundraise. There will be a few fundraising events over the next three weeks which I will keep you up to date with as I am here (well nearly now in newark airport!).

I am here just for a week and I cannot wait to see what they think of Canada. Dr Rodney has been once before, Vedane on the other hand has only ever travelled between Haiti and the Dominican Republic. This is her first time on a plane, first time seeing a big city, first time being cold and seeing snow!!

Here is a short 3 minute video of Rodney which we put together in September.