This week was heavy to say the least. We see a lot of suffering in Haiti but sometimes it just all comes at once and to people you know. On Monday morning I took Sam to school and went to Vedane's house. Vedane was telling me she wasn't feeling good and when I asked her why she said A friend had passed away last night at just about 9 months pregnant. On asking more I found out the friend was called Angeline the wife of a guy I know who lives in Vaudrieul. They have only be married a little while and this was their first baby. The whole community is in mourning and it is all everyone can talk about and think about. Angeline's mum worked in the clinic in 2010 when I was there and since then has moved to Florida. She was due to come to Haiti expecting to meet her grandchild and on Wednesday she arrived in very different circumstances. 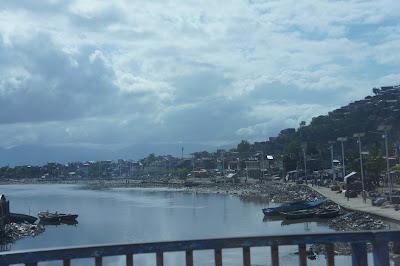 I was at the clinic on Tuesday and came home to Michilene and the boys,  Michilene's mother in law had died in Michilene's house on Sunday night. She has a sore stomach that evening and by 2am she was dead.  Michilene's husband is in Brazil looking for work and has been for 2 years, she is on her own with 5 kids and has now lost her mother in law who lived with her. My heart was heavy for Michilene on Tuesday. 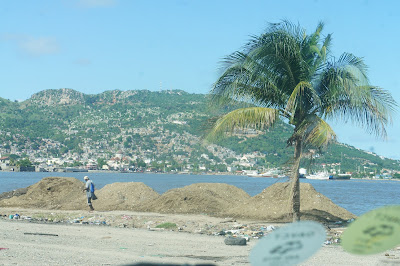 On Thursday I had a patient, an older lady who was fine until 2 months ago. Then something happened, they are not sure what and after that episode she cannot see and she cannot walk very well. She was referred to me because of her walking. After I assessed her I really couldn't see anything that physiotherapy could do , it seemed she wasn't walking well because she was scared. Everything is now in darkness and she is scared to walk because she thinks she will fall, or bang into someone or something. There was really nothing I could do. Her family had taken her to the doctor, they had taken her to the eye doctor, they had come to Bethesda today hoping to find answers and something help only to go home with nothing. 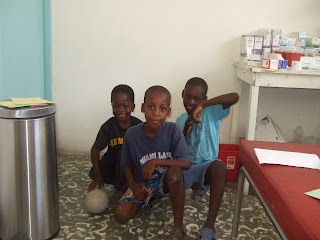 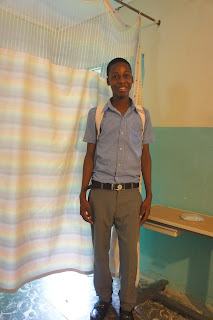 After that a young friend of mine came to visit, Phaly. In my time at the clinic before I had about 4 or 5 little boys who always used to come to my room to visit. They are all teenagers now and Phaly comes every few weeks to say hi.  He is a typical teenage boy and doesn't talk too much but when I asked him how everything was going he started talking.  He told me things aren't good because his older sister is sick and has been for 4 months. Has she not been to the doctor? I asked. 'Its not something you can go to the doctor for' he replied. 'She has an evil spirit.... he continued, 'sometimes it causes her to talk a lot, one time she looked like she was dead, she can't go anywhere or do anything. My father has taken her to a witch doctor but that didn't do anything and anyway I don't believe in that.'
I don't even know what to say to him, imagine having to deal with that at the age of 15. The only thing and the best thing I can do is pray for her. 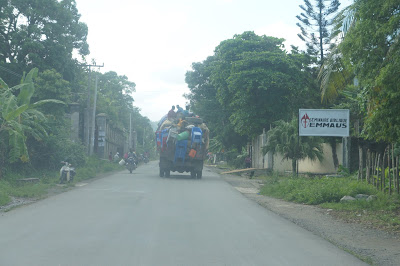 Claudin is on staff here at Emmaus, his wife was pregnant, she had some bleeding last week and they took her back in hospital on Tuesday because she was leaking amniotic fluid. On Wednesday night she went into labour and delivered a little girl, Daniella at 28 weeks.   Not old enough to be able to survive. I talked with Claudin today who came to work, he is so grateful that his wife is ok. He told me 'if it had have been God's will for us to have this baby we would have, we trust in him because he knows.' What faith they have. 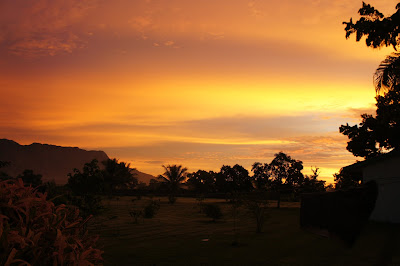 These situations, people and circumstances are on our minds a lot we are trying to do something or say something that will help.  But we are so grateful that we serve a God who is bigger than all of these circumstances, who can comfort those who are mourning, who is more powerful than Satan and who can provide strength for those who need it.