Saturday morning we got up around 6ish to get ready for the day.  Breakfast was bruilion, a Haitian stew with potatoes, plantain, carrots and meat.  Some of us had seen a little goat running about which was not there now so we can guess what was in our breakfast!!.  By the time we were ready to start at 8am there was around 100 patients already waiting outside the church even though it had been raining all night and didn't look like it was going to stop. 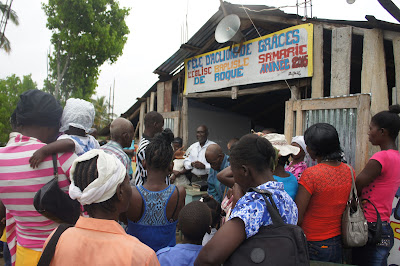 So we moved everything and everyone inside.  The church has already been split up into two consulting 'rooms' at the front, two at the side, the pharmacy to the other side and registration and vital signs outside.  To have everyone inside was going to be a very tight squeeze.  But Dr Rodney did not want people waiting outside in the rain so they came in and we got going. 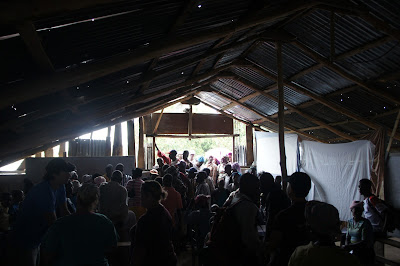 Just as we started 4 men came in carrying an older lady on a 'stretcher', it was 2 pieces of wood with the plastic tarp pulled on it.  We brought her into the one of the rooms and Dr Rodney assessed her straight away.  They had walked just over an hour in the rain to be here. The lady had suffered from a stroke in January of this year and had been in bed since.  Her left arm was very stiff and already beginning to contract.  I took the opportunity to teach her son some exercises and positioning and was able to give them some advice as to how to look after her.  We agreed that once a month we would send up blood pressure medicine with Pastor Christianne. 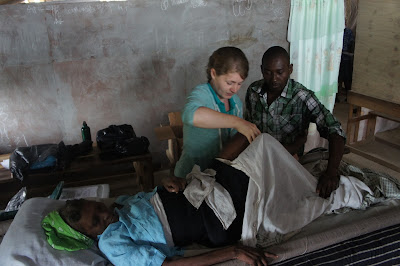 We continued on with the clinic, it was very busy and packed inside but the people were so patient, just sitting waiting for their turn to see the doctor. 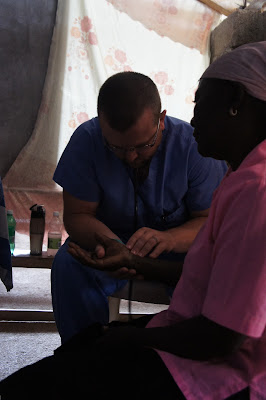 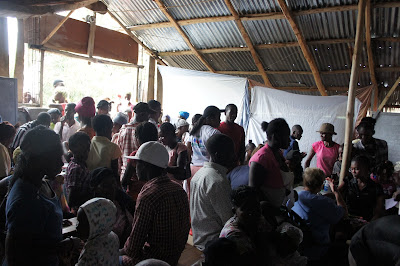 We had two more patients brought in on a stretcher, both older men.  One of the men was really very ill, he hadn't been out of bed for a few months and was having difficulty breathing.  We decided to keep him in the church for the rest of the day and let him sleep there so we could bring him back down the mountain and back to Bethesda with us on Sunday.  I just heard today this man passed away in the clinic on Friday. We can only hope we were able to make his last few days more comfortable. 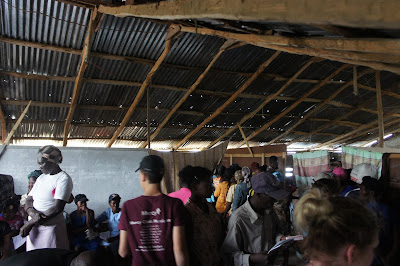 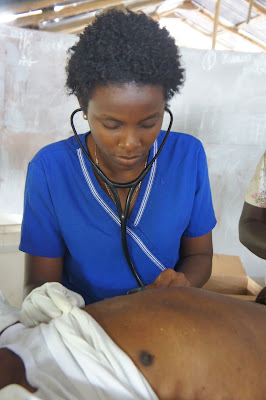 We continued to work all day and even in the rain more and more patients came.  There was a bit of a lull around 4ish and the team took this opportunity to give out some gifts they had brought for the kids. 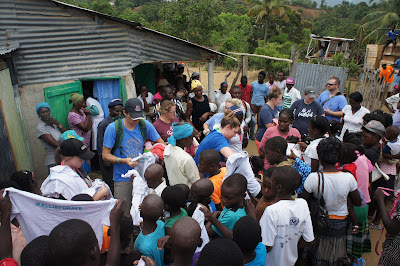 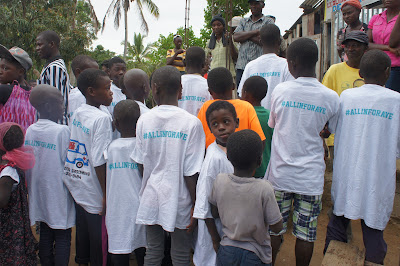 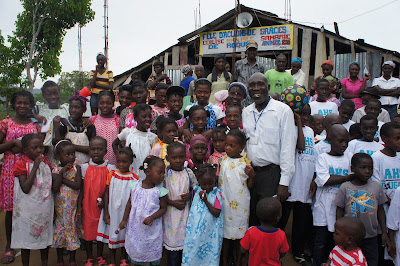 At this point we thought we were almost done but people were still coming so we kept seeing them. Even as we were packing up the pharmacy a few people showed up at the church to be consulted. Finally around 7 pm we were finished for the day. 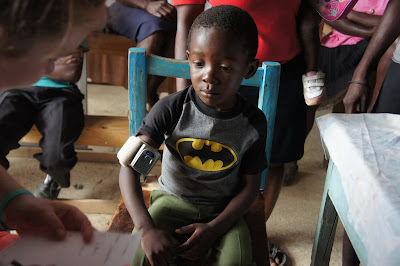 We saw around 360 patients in one day and each of these patients were also prayed for.  Many of the patients were Christians and our team were able to pray and encourage them 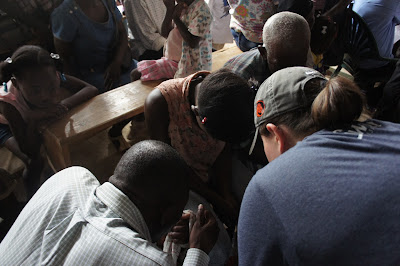 For 8 people this was their time to accept Jesus as their Saviour, it was a privilege for our team to be able to pray with these people. I want to share just one man's testimony...

' Last night I had a dream, in the dream I saw missionaries and doctors at the church here in Roque.  In the dream I was told to come to the church here today and I would find someone to pray with me so that I could accept Christ as my Saviour.  I did not know there was going to be a clinic here today but after my dream I got up and walked over an hour to be here to find missionaries and doctors here.'

Pastor Tyson and Orienel were able to pray with this man and lead him to the Lord. 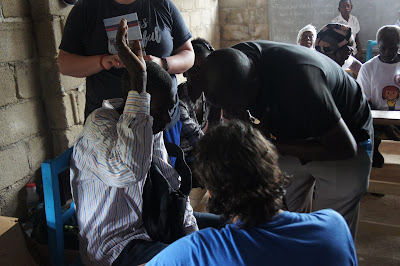 Day 2 was exhausting and busy but a privilege to be able to serve the people of Roque.
at May 02, 2017