Its been a while.... life has been busy and updating you has taken a backseat! Sorry.  But today I am supposed to be at work and the boys are supposed to be at school but we are at home because of protests which started yesterday. 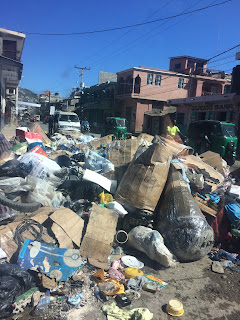 Last week we heard rumours of demonstrations that would take place on 7th but we never know what is actually going to happen until it happens.  So I got up and drove to Bethesda and  the roads were empty, I passed one tap tap (normally I would pass upwards of 30 maybe more!!) along the way.  When I got to Bethesda there were 4 staff members there including myself and no patients for general consultation, our emergency department was open and we maybe had 10 patients there.

There are a few big issues right now fueling these protests,  one of them being the gas shortage which has been going on for about a month.  I don't know all the ins and outs but something to do with Haiti owing money and not being able to pay.  When there is gas there are hundreds of motorbikes at every station with people waiting all day to get some.  This then means the price of public transport, tap taps and moto's has gone up. 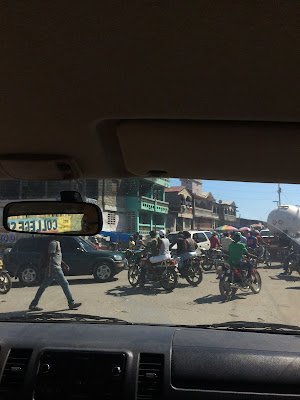 Another issue being the rate of the Haitian gourde against the US dollar.  With Haiti importing a LOT (maybe more than 75%) of its goods from the US the exchange rate is very important.  When  I was in Haiti in 2010 the rate was 40 gourdes to $1 US, this last September it was 65.  Over the past few months the rate just keeps going up and up and now it is sitting at 80 gourdes to $1 US meaning that the price of everything is increasing.  But what seems to be mostly affecting people is the price of food and we know, we buy it here and food is expensive.  Yverose told me today in September a cup of rice was 20 or 25 gourdes....today it is 40.  That is almost double in less than 6 months. 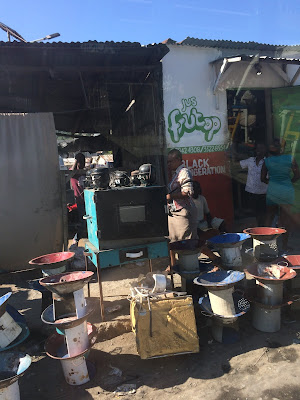 To add these extra issues onto an already difficult living situation and seeing things just get worse and worse the people of Haiti are tired.  Tired of being hungry, of not being able to afford to send their kids to school, of waiting for hours at the petrol station to pay for a little gas and the only way they know how to get any change is by protesting against it.  So yesterday and today schools and businesses are closed, there is no public transport on the road and everything is at a stand still.

On Tuesday the president declared Haiti to be in a state of economic emergency but whether the government is able to do anything or not I don't know.

So Haiti needs our prayers,it is even hard to know what to pray for but here are a few requests..

Pray for the exchange rate to stabilize.  Over the past month the rate has been going up almost weekly.

Pray for Haiti's president, Jovenel Moise for wisdom and leadership and for his government.

Pray for the protests to stop, most people live by buying the food they need for that day.  As long as the protests continue, the market will be shut and finding food will become more difficult.

Pray for the Holy Spirit to move in people's lives and that Haiti would turn from its voodoo beliefs and culture and put their faith in Jesus. 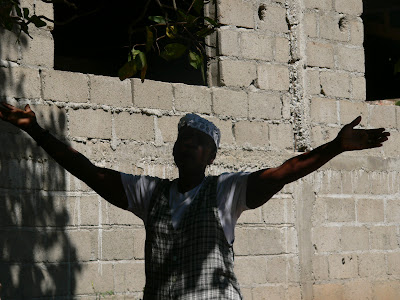