Well we've been in Haiti almost two weeks and it goes without saying that it is hot!In fact I don't think its been this hot since we moved in 2016. 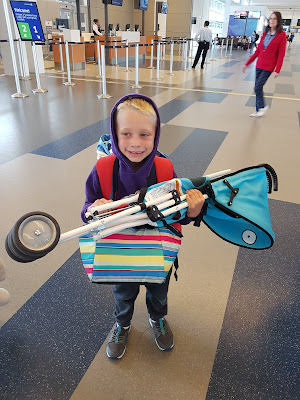 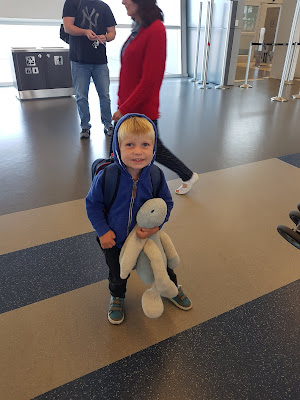 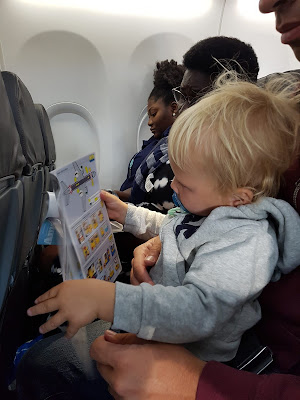 All our travel went well, even waking up at 2.45am to catch a 5am flight from Dallas.  Arriving into Cap Haitian is always crazy chaotic!It took us about an hour to get our bags and leave the airport.  Everything arrived and our cheese was even still a little cold! 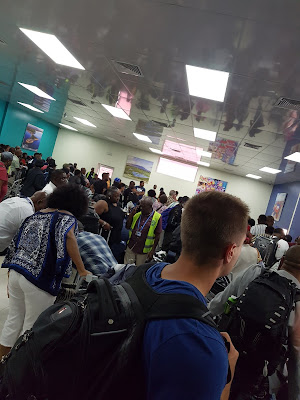 When we arrived Carol (thank you Carol!) had done some sorting so our house was at least livable! We spent the next few days unpacking and sorting and by Friday the last box was unpacked. We are thankful to our neighbours too for feeding us for a couple of nights so we could focus on getting sorted, especially seeing we cannot pop out to the local chippie or get a pizza delivered.

I started back at work on Monday and I didn't think it was possible but the road is much worse than it was a couple of months ago and as always I am reminded of God's protection on the road especially when I have the boys in the car. 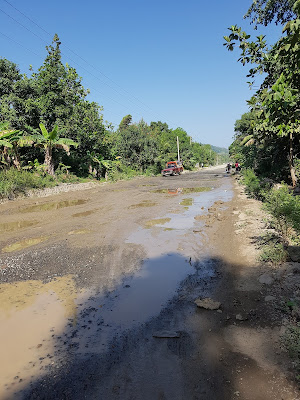 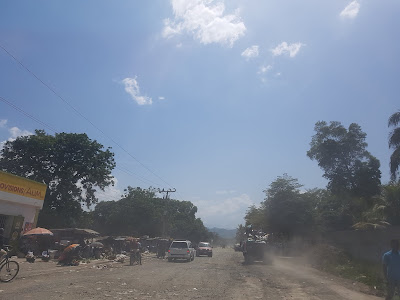 Altidor and Echbert have been doing a brilliant job while I've been gone.  We had patients non stop on Monday and most of them, if not all of them are improving. 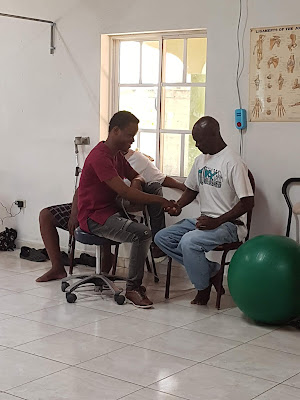 On Thursday we had a patient who started therapy right before I left.  She had suffered from a stroke and had a lot of back pain.  When she first came she arrived in a wheelchair and was able to walk a short distance using a walker.  She had been to various hospitals and was not getting any better.  A friend told her to come to Bethesda for therapy even though it would take her over an hour to get there.  Now just three months later she no longer needs a wheelchair, in fact she is walking very well completely unaided! 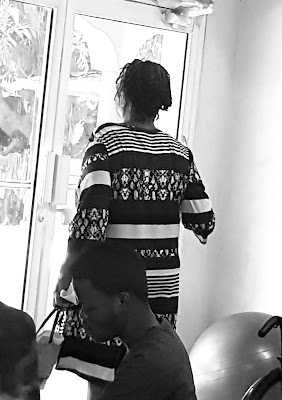 Bill has been in his office every day, preparing for class, doing registrar duties and in meetings as the new semester starts on Monday.  It's been a very busy week for him and he is preaching in the church down the road today.  Please pray for Bill as he adjusts to the new role....its a lot of work!

After a few unsettled nights the boys have settled into our new home well.  They are happy to be back and see their friends (and our cat!) and love being able to play outside all day.  Sam & Joel start school on Tuesday and they both can't wait to get back. Jacob's new favourite thing to do is to go and sit at the front gate and watch the cars, trucks and motorbikes go past! 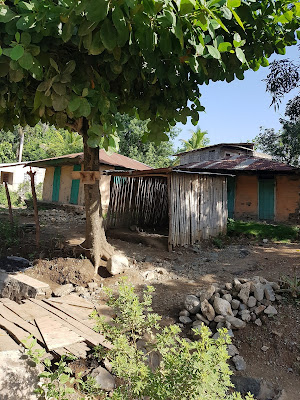