When are we leaving?

Well I wish I knew the answer to that question.... There are a lot of variables which lead into actually having a date to go.

We hope to go sometime in July to give us all time to settle back into Haiti before the Emmaus semester starts on the 16th of August and the boys start school at the beginning of September.

We applied for Jacob's British citizenship in November and after an issue with his biometrics (long story what should have taken 2 weeks took 8!) which for Jacob is just getting his photo taken, everything has been completed and we are just waiting on a final decision from the home office.  Until we get a final decision the UK home office has Jacob's passport, birth certificate, adoption order and our marriage certificate making it impossible for us to leave or even book flights until all of those documents are returned to us.

Well I started this post a few days ago and I am so excited to tell you Jacobs British citizenship came today! Which means we not only have all his documents back but we never have to worry about immigration ever again! When we were evacuated from Haiti last year it was pretty stressful travelling home through France not knowing if Jacob was going to be refused entry on his Canadian passport.  At that point we decided getting Jacobs British citizenship was at the top of our list of things to do and was really one of the main reasons we decided (not that we really had a choice) to stay home for this past year.  It is such a relief to know that Jacob now has the same citizenship as the rest of his family.  I literally feel like a weight has been lifted off my shoulders. 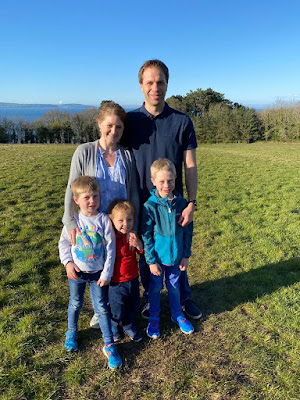 About a week ago we were looking at the possibility of asking the home office to return his documents and when we looked into it it said your application may take longer if we return your documents or if you are subject to immigration control you application may be cancelled.  We decided to wait until the end of April, pray and re evaluate.  God answered our prayer and today Jacob is a British citizen!! We now have to wait for the certificate and the apply for his passport but that should only take a few weeks.

Secondly the US border is still closed to anyone coming from the UK however there are other routes through Turks and Caicos, the Bahamas and the Dominican Republic but these routes are either more complicated or more expensive. So it is possible for us to get there we are just not sure which way to go yet.

In the meantime we are preparing as much as we can so when we are able to book and travel we are ready to go! This year has been the year of sorting out many things. Jacobs citizenship, getting everyone's travel vaccines updated, writing a will, updating our life insurance and making changes to our mortgage (actually we haven't done that one yet!) yet we still have not been able to do to the dentist!

With things looking so uncertain you might be asking why are we even trying to go back?

This is a loaded question to answer but let me be really honest and explain a few things.

Life would be a LOT easier if we didn't go.

We wouldn't have to pack up our house and move....again.

We wouldn't have to say goodbye to our family and friends....again.

We wouldn't have to stock up on all the things we miss and try to bring them with us....again.

We wouldn't have to adjust to language, culture, food, driving and climate....again.

So why are we going?

Well there are many reasons, we haven't finished the work we went to do, we left with less than 24 hours notice and didn't get to say goodbye to anyone, Haiti is really the boys home and they didn't get a chance to leave well but even above all of those reasons we are going because we are trying to be obedient to what God has called us to do.

So at the end of the day it doesn't really matter what we want, what really matters is that we are being obedient to what we believe God is calling us to do.

Isn't this a big question that Christians always ask....how do I know God's will for my life? This is a very short summary of my experience on figuring out what God has for you.

For Bill and I moving to Haiti in the first place was not because of some big event or dream or vision it was a simple process of being willing to go anywhere and figuring out where in the world God could use our skills and abilities.  We decided to stay within OMS as we knew the organisation and we knew if we went with OMS we would have great prayer support.  The place which needed a physiotherapist and a seminary teacher was Haiti so that is where we planned to go.  We knew if that was God's plan he would work out all the details.  And He did.

Go therefore and make disciples of all nations,

Now fast forward 3 years to early 2019...We had returned to Haiti 6 months before after being in Canada for Jacob's adoption.  It was a very difficult year.  Jacob cried, what felt like all the time, I was working 3 days a week and the political unrest started in Haiti.  I felt like I was just about keeping my head above water, most nights I was so exhausted I fell into bed at 8pm right after the boys were asleep.  I really wanted to go home.

And that is what we decided to do.  Except we decided and said we would sit on the decision for a month and not tell anyone, just pray about it and wait for confirmation.  The evening we were going to tell the rest of our team, they got in there first.  Matt asked us to stay behind after a team meeting and he asked Bill to take on the role of register.  Something he had been doing as the president but Emmaus really needed someone who could take over the role. We said we would think and pray about it.

Then Jesus told his disciples, 'If anyone would come after me,

let him deny himself and take up his cross and follow me.  For whoever would save his life will lose it,

but whoever loses his life for my sake will find it.'

Unknowingly to either of us we both felt uneasy about the decision to leave, even though I really wanted to, I knew then that this was not what God has for us.  As soon as we made the decision to stay, I felt like a weight had been lifted off my shoulders and I felt peace.

I don't always think you should make decisions based on how you feel. Feelings change, ask me today I will say I want to go to Haiti, ask me tomorrow I probably won't but having God's peace is different.  I did not want to stay in Haiti - that is how I felt, but I had God's peace when we decided to stay so that's what we did.  Although I did make some changes to make life more manageable- one of those being dropping a day of work.

And the peace of God which surpasses

all understanding will guard your hearts and minds in Christ Jesus

Now fast forward to now...we have been out of Haiti for just over a year, through different circumstances most of our missionary team have moved on and its going to be hard to move back but we firmly believe this is what God is has for us....for now.

For me the bible is clear, this is why included these verses above.  The Christian life is one of sacrifice and that looks different for every person but we do need to figure out our role in the great commission and be willing and obedient to be used by God.

So the short answer is we don't know but were getting closer! 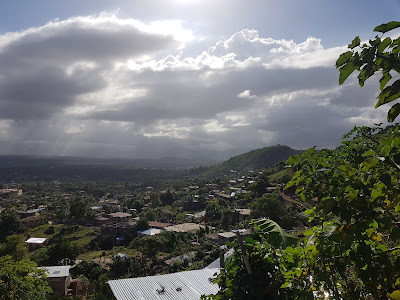