I have a couple of things to write about. Ive been working out in Milot 3 days a week and 3 days a week in our clinic then sundays off! Im glad taking a day or rest is a commandment!!right now the big big need is at Milot. They have 279 patients and nearly every single one needs physio, today we had 5 physio's which was way more than ever but still 5 physio's for 270 patients is not alot. If you know any physio's or if you are a physio and would like to come out to work, it doesn't matter how much experience you have or even if you don't have any. We just really really need physio's and will do for the next few months. Please email me if you have any questions or are interested in anyway at all. If your not a physio please pray for some more to come! 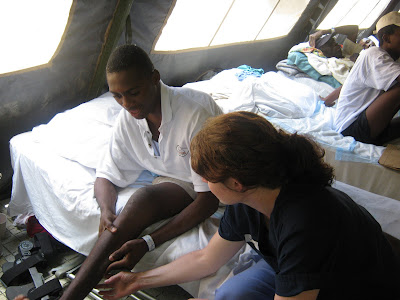 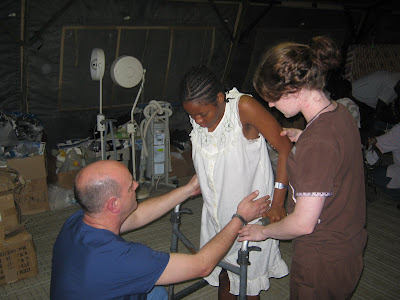 Also our clinic has a brand new Ultrasound machine which has been donated, which is wonderful because they are so expensive and it has been donated but no one here knows how to use it. So it is just lying in the clinic not being used. What we need would be someone who knows how to work it, Im not sure if that is a sonographer or a radiographer. I know in the states they call it a sonographer and its highly specalist training apparently. We would be using it for would be antenatal stuff. There is pregnant lady day each Wednesday and if there is any problems there is nothing we can do. So what we would really need is someone who does that and could come for a couple of weeks to train up someone, more than likely Hannah who is an X ray tech or what we call a radiologist. Even if its only the basics. Again email me if you know anyone who would be interested. I'll find out the machine and take a few photo's of it and post them up here.

So if your not medical maybe you think you can't do anything. One more thing I'm asking for is prayer for a we girl Ive been talking to out in milot. Her name is Sterlina, she is 14 actually I wrote about her in the last post. She lost her mum & dad is the earthquake and she literally has no-one else in the world, no other family. The first day I met her she was in great form and seemed to be coping with what was happening.But the past few times Ive been back she's been lying in bed saying her head is sore and doesn't want to get up. I have been talking with her asking what is wrong. She is just not coping with what has happened, she doesn't know where she will go, actually she doesn't need to still be in hospital but she has no where else to go. They have told her more than likely she will go to a orphanage but she does not want to. Ive been chatting to her and praying with her, she is a christian but just really having a hard time. And because of Haitian culture other people tell her to stop crying when she does, culturally they can only cry for a short time after something sad has happened after that its not acceptable at all. She really needs people to pray for her, for strength and peace about the future. And mostly to help her grieve and be able to heal. 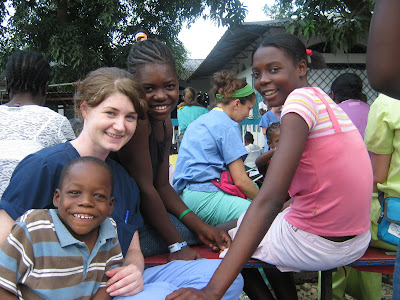 Sterlina is the little girl beside me
Although today was so cute, they took all the kids on a wee parade down to where all the adults are, all the patients were outside waiting for them. Some walked, some hopped on crutches, some in wheelchairs and one wee girl who is so cute was carried on her bed like the queen!They were singing for everyone, it was lovely. Here's some photo's of them 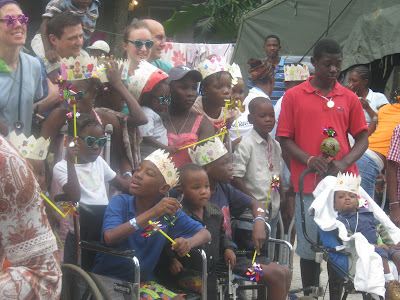 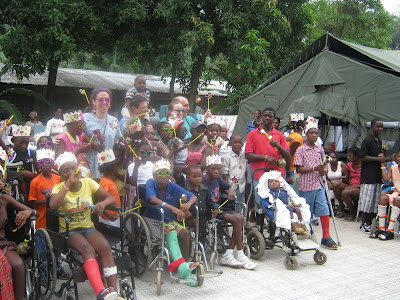 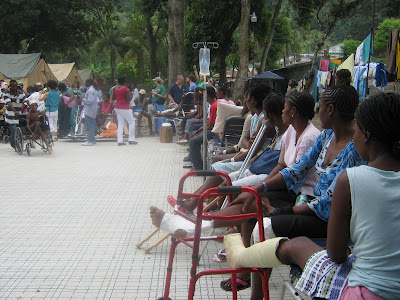 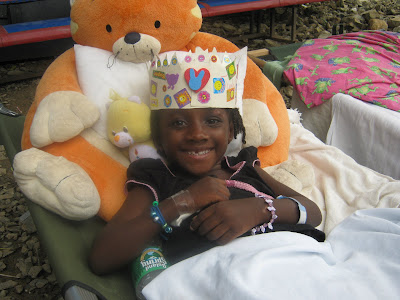