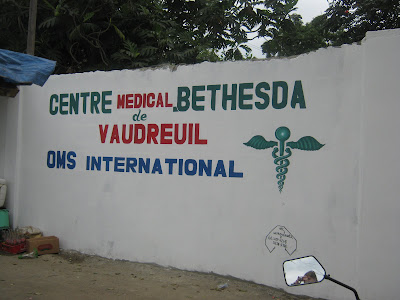 Outside the clinic from the road
Our clinic has been having a bit of a makeover the past month or so and it looks great. When I first arrived in Haiti in 2008 they had just started building a brand new building for the AIDS clinic which runs from Bethesda however there were problems with funding and when I got back here this year 2 years later the building was still not finished never mind being used. But over the past month the guys have been working on it and its nearly ready to be open. We really need the space and it will be great when its open. 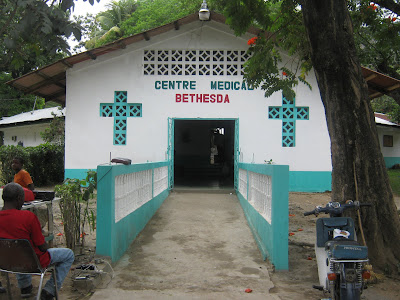 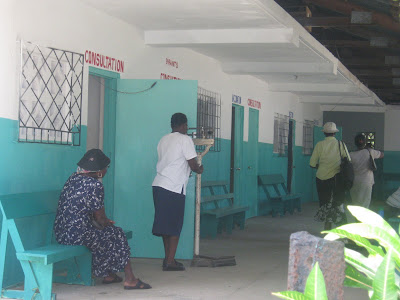 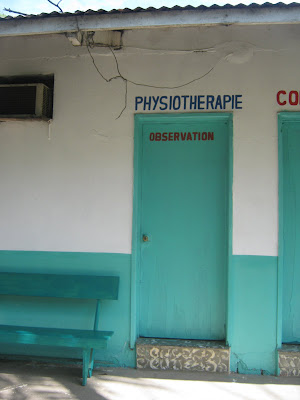 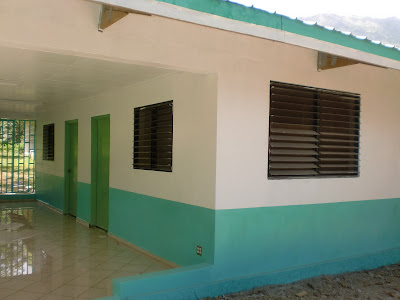 The new AIDS building nearly ready to be used.
I just want to tell you about a wee patient I had this week, mostly so you can pray. I have said before that I don't really like telling sad stories on here but at the end of the day that is reality of life in Haiti and there is no point in talking around it or ignoring it because it is simply how things are here.
I have a wee patient called Ashkala, she is 2 and a half and initially I thought she has Cerebral palsy she wasn't able to walk, sit up or even hold her head up then I talked to her mum. Ashkala is her mother's 5th child but she has lost all the other 4 very late on in her pregnancies, Ashkala is the only baby she carried to full term and who has surivived and she was born normal. Then last October she has a big seizure and was taken to the big hospital in town where she was kept in for a week given oxygen and other medicine. But since then she has not been able to walk, talk or do anything really. The very first time I saw her I just talked with her mum for maybe 45 minutes and during that time Ashkala had around 3 small seizures and from her mum she is always doing that continually throughout the day and night. Then her mum told me her husband is really ill and has been for a year, he is just 34 the doctors don't know what is wrong with him but he just stays in bed and is really ill. Because of that she cannot work and therefore doesn't have the money to buy the medicine that ashkala needs to control her seizures. It just is so sad and seems so hopeless. There is a doctor here from home and we saw her yesterday. He thinks there is more than likely something neurological going on and she probably won't live much longer. Especially here in Haiti where the treatment options are so limited. Yet her mum tells me only God knows how she is coping. If it wasn't for God's strength she and her husband would both be dead. And she firmly believe if it is God's will he can heal Ashkala, if it is not his will she trusts he will give her another child. Her faith is just amazing and she is truly taking her strength from God. I told her I would write to people in my church, my country to ask them to pray for her, her husband and for Ashkala. So that's what I am asking you to do, pray for her wee life, that she will not be in pain, that the seizure medicine will work. Pray for strength and courage for her mum, to trust in God and lean on him. Pray for work for her, pray for her husband. wisdom for doctors, medicine to work and that he will be healed.
Thank you.
at May 27, 2010