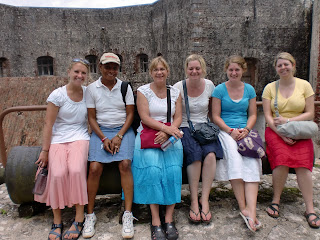 My sister’s have just left after spending 2 weeks with me here in Haiti. I went over to the Dominican Republic to meet them and we took the bus over to Cap Haitian. It was a very long journey but we finally arrived. Leah and Claire had left home on Sunday morning at 5am arrived in the international airport to find out their flight to London was cancelled. Fortunately my mum found a flight from the city airport to London and they just about got on the flight to the Dominican. Anyway they finally arrived at my house in Haiti at 7pm Monday night and were pretty wiped out!! 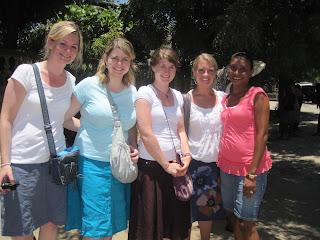 I brought them to the clinic to meet everyone here, seemingly they have a brother, a couple of sisters and heaps of cousins in Haiti after only being here for one day!!We took a tap tap into Cap Haitian to go into the market and have a wee walk about. It was quite the scene, there are not normally a lot of white people walking about in Cap Haitian and there was the 3 of us, plus Hannah and her mum!!

This week we have also spent a wee bit of time in the clinic, Claire and Leah have been given a few jobs to do. We also visited the Citadelle which is this huge castle which was built by Henri Christophe, who was king at the time. He built it in case of attack, there were thousands of people died in the construction of the Citadelle and it was never used. It was so hot and the citadelle is right up on top of a mountain. I had to drive a 15 seater van up these steep hills, then walk up what felt like even steeper hills in the heat, at some points I definitely didn’t think we were going to make it, both in the van and while we were walking. But we did and the view from the top was amazing so it was worth it. 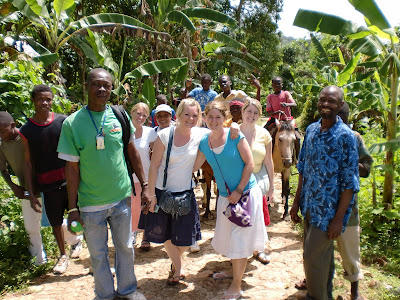 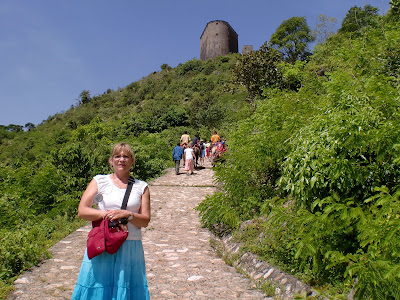 We also had lots of people just to go and visit. Leah’s starfish kid is my wee friend Carlos and we went to visit him a couple of times. Starfish is the ministry here which sponsers kids to go to school. 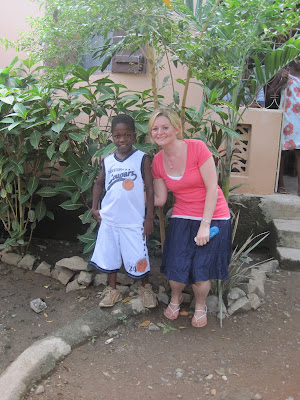 Claire and Leah did a lot of work sorting our depot out. It was pretty much a mess and full of boxes which needed sorted out. Even with the ‘killer cat’ in there (the Cat is there to kill any rats which may be there) they worked flat out for about 4 days, I think its probably because it is one of the very few rooms we have here with an air conditioner!!No really the depot looks good now. 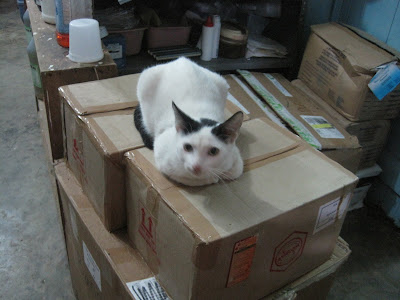 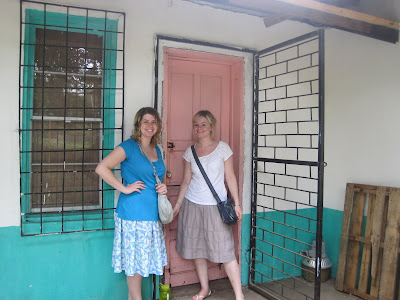 We also spent loads of time with my close friends Vedane, Dr Rodney and their two boys, wood & olly. Mum sent over these wee Northern Ireland kits for the boys, they are so cute. They came walking up to the house in them chanting 'Irlande du Nord!!' 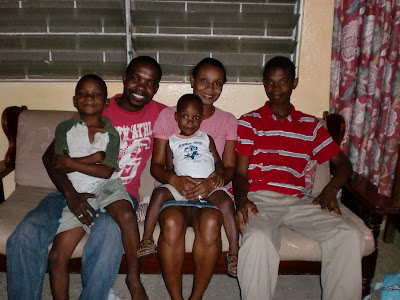 Vedane, Dr Rodney with their two boys wood and olly and Vedane's cousin Freddo who lives with them. 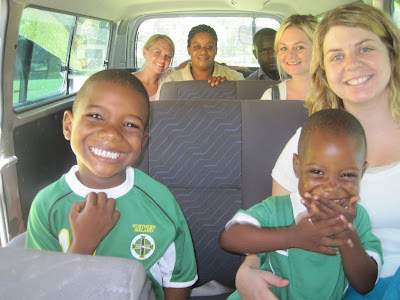 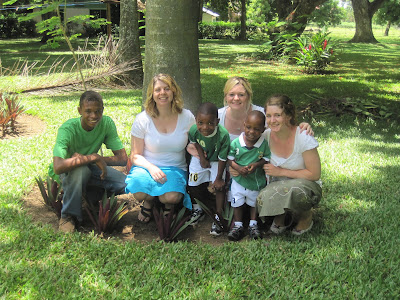 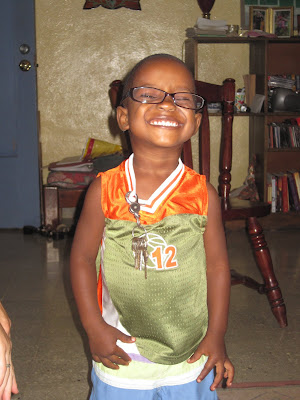 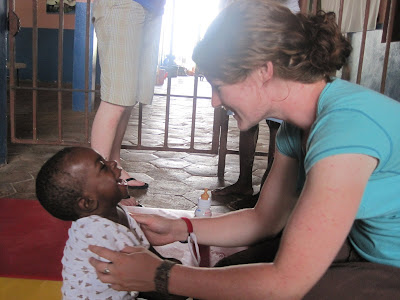 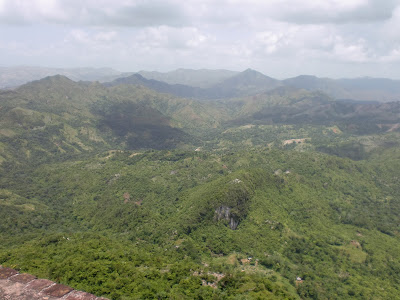