Well I think I said in the prayer letter we have our X ray machine up and running. Our last X ray machine broke in January of 2008 and then there was one sent down sometime last year but when it was put together they could not get it working. There were a few people who worked on it and each got a little further but not to the stage where it was working completely. There is also another X ray machine which has been on its way for a while but has not yet arrived but God has provided. 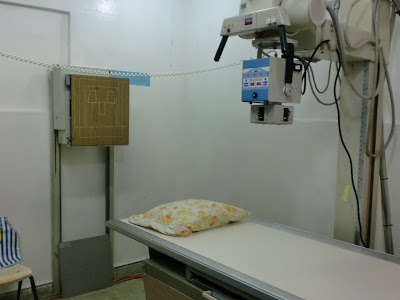 There was a lady and her husband here from the states, Denise and Kevin in September of 2008 and Denise reallt felt a burden for the clinic and the X ray machine. Just this year she began communicating with Hannah seeing what  exactly we need in the clinic and got pretty much everything. She sent the machine down the first week in July, then Denise and her husband Kevin were here for 5 days from 15th July. The machine is actually a portable but didn't have a stand so Bud (one of our missionaries here) attached it to the other machine. They spent about a day training on it and now it is up and running. 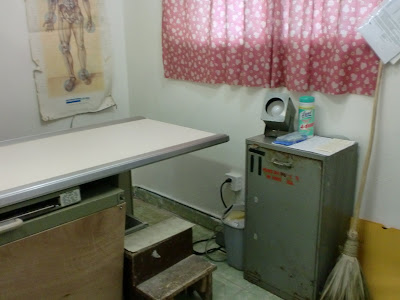 It really is great to have  X ray in the clinic. Finding somewhere that does X rays in the north  of Haiti is not very easy. We have been sending people to a clinic around 10 mins away from our clinic, however to have an x ray there is 1000  Haitian goudes or more in some cases, so many people just do without if they really need one. In Bethesda we charge 300 goudes for people who are patients in Bethesda and for patients who are sent from other doctors it is 500 goudes. 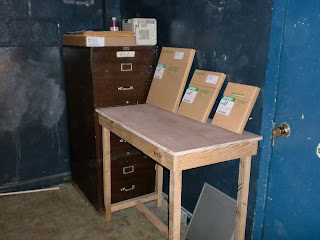 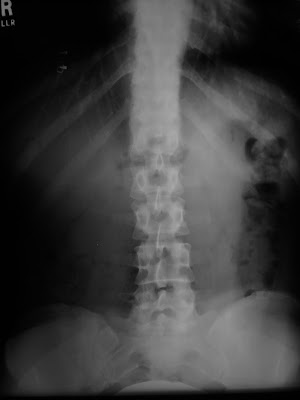 The first X ray....its my back!
We give God thanks for sending us a new X ray machine. Hannah is especially pleased as this is what she came here to do. Hannah and pastor Daniel are both working together on the X rays. The word is still getting out that we have X ray which is working so things aren't too busy yet but I don't think it will be too long before they are super busy. Many people have been praying for this for a long time and now God has answered so we give him praise.
at August 02, 2010