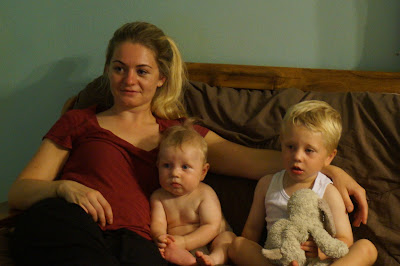 My sister Leah arrived into Haiti yesterday for the next two weeks and I think its fair to say Sam is excited that she is here. He talked the whole way home from the airport and I think I have heard him say 'Auntie Leah' about 100 times in 24 hours! She was able to bring us out some of his toys from home and a few things we can't find here.

Its interesting to try to figure out what is going on in Sam's head, when he got his toys he said ' They aren't in Bangor.' then he said to Leah ' Your not in Bangor anymore Auntie Leah.' I think he was trying to figure out why she is here! We took a drive down to the other OMS compound this afternoon to see Dr Rodney and his wife Vedane. Sam loves playing with their kids too.


Last week me and the boys spent a bit of time with the team that was here from the states. On Friday morning we visited a place called Streethearts. (http://www.streetheartshaiti.org/) its a safe house for boys who live on the streets. They can come and stay, or they can come for the day or they can come just to sleep. I was talking to a few of the boys, they all have sad stories and many of them have been abused or abandoned. One thing that struck me was the age of a few of the kids, there were about 4 boys who were under the age of 10 and many of them were just in their early teens. 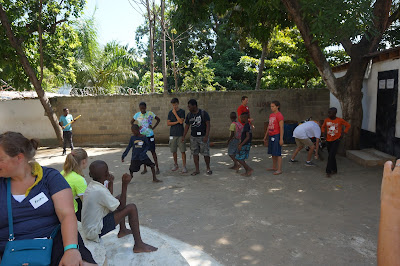 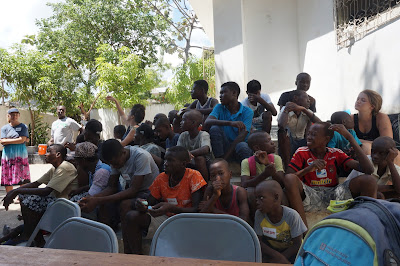 The team were there to spend time with them playing sports & games then running a VBS type morning. They sung some songs, did a drama based on a bible story and one of the team gave their testimony. We also did a craft where the boys made a prayer chain, they were asked to write some things which they can pray for. At my table I asked the boys if they want to write one to say thank you to God and one thing they can ask for. Here are some of the things they were saying

Its amazing that even though their lives so far have been so difficult they are very quick to answer what they can thank God for.

It reminded me that sometimes even living in Haiti we have no idea of the depth of suffering that is happening all around us. 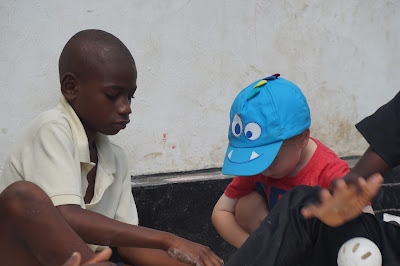 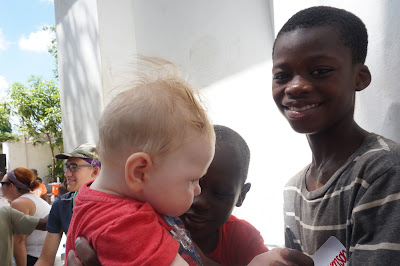 The boys were loving Sam & Joel, they are used to seeing blancs but there are not very many 'ti blancs' (small white people!) around.

I was just about to leave and one the guys Sony, who works there came over to talk to me, turns out he worked as a translator in Milot hospital where I worked in 2010. I didn't recognize him because he used to have long hair and no beard! Anyway it was great to see him again,it was him along with an Amercian girl Lindsey who set up streehearts and they are doing great work for those boys.