Leah has been and gone and it was good to have her here. Sam enjoyed having auntie Leah stay in his room with him. It was much easier to take the boys out with Leah here. Its difficult to take them out too far on my own as Sam doesn't want to walk too far and I can't use a buggy for Joel as there are no footpaths! 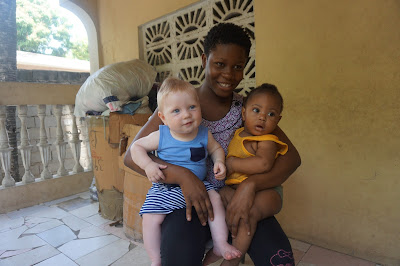 We did a lot of visiting with people I knew from before. We were able to spend time with Junior who lives just 5 minutes away from the seminary. Quick update on Junior, we are going to send him to get a CT scan here in Haiti but the hospital is about a 6 hour drive away. He would need to stay somewhere there to so he is trying to figure out how to get there and home. It is a great hospital run by partners in health (http://www.pih.org/pages/mirebalais) and hopefully there he will get some answers as to why he is paralysed and if there is anything that can be done. 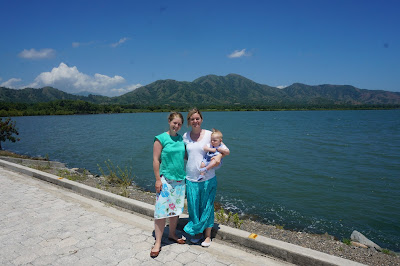 We visited Alynx, he was a patient of mine who has microcephaly. He is now 10 and has come on so much in the past 5 years. In 2010 he was unable to sit up and could only say mama. Now he can sit up by himself and is talking a lot. It's great to see how much he has come on but also sad at the same time to think he has so much potential and because of the lack of therapy in Haiti he is probably not reaching his full potential. His parents are good friends of mine, Alix & Astrid and I have seen them every week since we arrived. They have two other children aged 5 & 3 and neither Alix or Astrid work. Please pray for them, Bill & I are trying to think of a way which we can help them start some sort of work so they can provide for themselves.


We also went to visit Mano, another patient who I saw almost every week, he has Cerebral palsy. He is now 16 and is so much bigger than 6 years ago. He still does his exercises and has been doing ok but is not very mobile now. He isn't able to leave the house much as he can't walk far and his parents don't have a wheelchair for him. They are difficult to find in Haiti and I would really love to try to find one for him.


Sam had his first sleepover too! Dr Rodney & Vedane's kids had been asking when they could come out to play at my house, so we brought them out to play and sleepover. They played all day and watched a film that evening, Sam couldn't handle the pace though and by 7.30pm he was asking to go to bed. It is great to spend time with the kids again they have grown up a lot over the last 5 years. 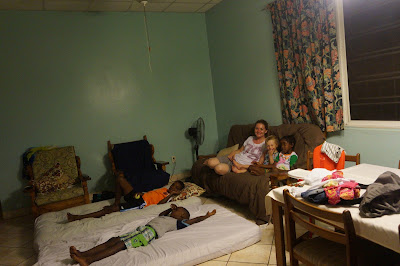 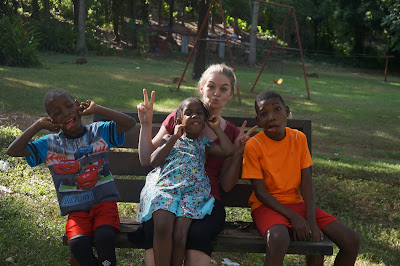 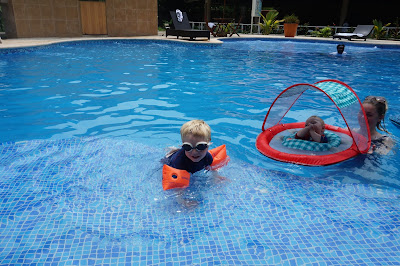 We were also able to take Leah to the local tourist spots which are the pool and the beach! There is a hotel with a pool about a ten minute drive away and it is Sam's favourite place to go, he loves swimming! We also went to the beach one day where Joel had his first play in the sand which ended up as a face plant! 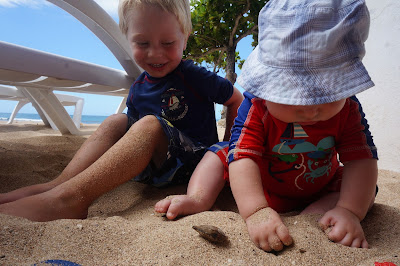 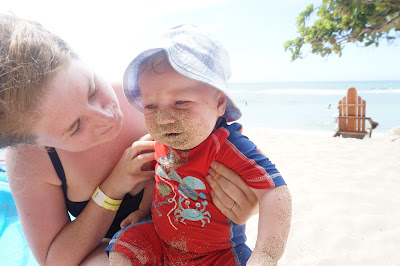 Bill is continuing his language study Monday, Tuesday & Wednesday mornings. He is taking every opportunity to practice his Creole. The rest of the time he is preparing for teaching, his first course is an intensive which starts on 5th September. He will be teaching OT wisdom literature.

We would appreciate your prayers for the boys (including Bill!) as they all have coughs for almost 2 weeks. We have been taking it easy over the past few days to try and get better. I am also working on something exciting for physio in the clinic which I will tell you about next time. 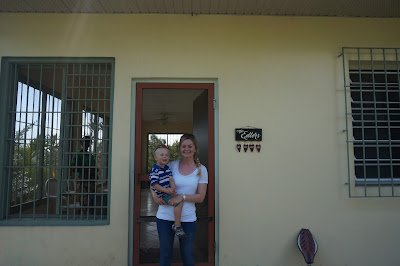