Stuck in the mud

Well just a wee funny story from today, I was going out to visit Sterlina (one of my wee patients from Milot) She left a few weeks ago to live in an orphanage in Cap Haitian. I wasn't too sure where exactly to go so I took one my friends Wadner with me. We went out this road which was pretty bad,it had lots of potholes which were more like craters actually! I'm just driving along and we come to a huge puddle and it hasn't rained for at least a week, now I would never attempt to drive through something like this at home, so I say to Wadner how an I going to get through this. Just then a  guy on a motorbike drives past and waves me through (Haitian people always do that when your driving, wave you through the smallest space or huge puddles!!) and there were 2 kids out playing, so they waved me through too. In fact they walked through the puddle to show me the way.

Turns out their way was not such a good way, I went down into the puddle and then up out of it but got totally stuck. I tried to get out but the wheel was just spinning and spinning and I couldn't go forwards or backwards. The kids started to put lots of rocks under the back wheel but it wasn't helping at all. I opened my door and the water level was at the same level as the door. So Wadner pulled up his trouser legs (he was in his nice sunday best) and tried to help push but we were not going anywhere. Then  two other guys arrived to watch and after a wee bit  they pulled up their trouser legs and waded in to help. Still after another 10 minutes the car wasn't moving anywhere.Then another guy pulled up on a motorbike and came into help, still completely stuck!!while all this was going on another guy arrived and was watching and he took off his trousers and his t shirt (he did have shorts on!!) and about 7 wee kids arrived to help aswell!

Finally with 7 strong men and about 9 kids and a white girl driving we got out!Praise the Lord for all those people who wanted to help me, and its not a very busy road, I did not see any other cars at all on it (probably because they knew what might happen). So thankfully all those people we were willing to help me! 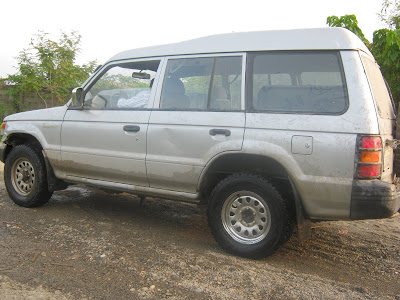 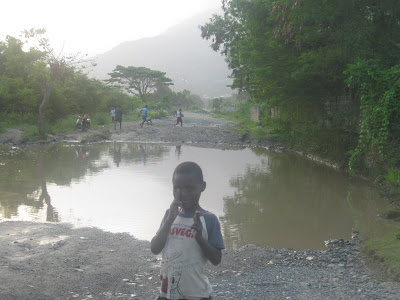 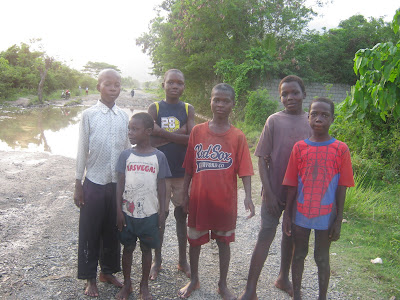 A few of my helpers
After that there were about 4 more big puddles so I was just praying as I was going through them!!I finally got to see Sterlina.

She is doing ok, she doesn't really like where she is mostly because of some of the other kids, so I would appreciate your prayers for her. 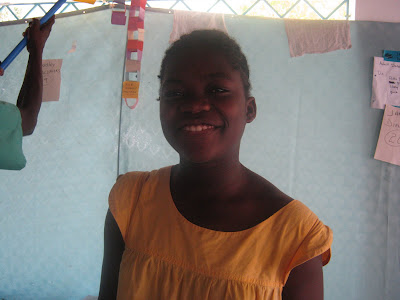