Last weekend we were on a 4 day evangelism/church encouargement trip to Diquini, Port au Prince. Diquini is the area where OMS were running medical clinics after the earthquake and as a result hundreds of people became christians. After that OMS planted a church there and sent one of our seminary studnets, Junior to lead the church. We had a trip back in April and this trip was follow up. The main aim was to encourage the church and also to do some evangelism in the local area. We had a great few days, each morning we went out into the local community to pray with people and share to gospel with others who didn't yet know. Then in the afternoons we ran a kids club which was great and we had services in the evening. Over the four days between 20 and 30 people came to know the Lord and we really encouraged the church. It was great to be back to see the growth in the people and in the church. I will write more about the trip when I get a chance. 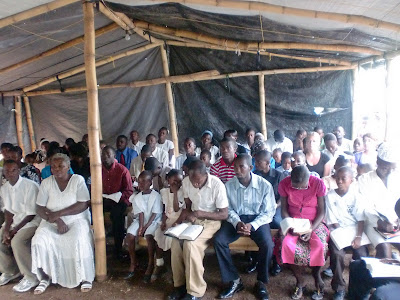 A while ago I wrote about a young man named Berlota. Here is a quick idea of what has happened so far, I was in a village called Balan in June translating for a team from the States who were doing radio distrubtion. I was in a group with a pastor and we went in to pray with a young man who was sick, he had fallen out of a tree and was paralysed. Since the accident he had been at home lying on a cement floor and as a result developed a huge pressure sore on his back which was full of infection. I couldn't get him out of my head all weekend and knew I had to do something about it. That monday Hannah and I went out to get him and took him to Milot hospital, the very first american doctor who saw him said his condition is terminal. Anyway to cut a long story short, God provided all the funds needed for his medical care in a miraculous way and 4 months later Hannah and I had the priviledge of taking him home on last Monday. 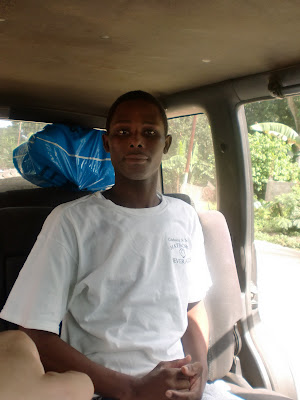 Remember Haitians do not like to smile for photo's he is infact happy!!

About 4 weeks ago he had a small operation which put a skin flap over the sore and over the last four weeks it has healed really well. Just last monday I went to talk to both him and his mum just to see how they were. Since being in Milot hospital they have both become christians. Berlota said told me that he sees how God saved his life because he was so sick and if it wasn't for God he would be dead. Because of that he decided to give his life to God and his mum said much the same thing. It was really exciting to talk with him, what amazed me the most was that the whole time I never had to say anything. I think just the first day we took him into hospital I asked if they were Chrisitans and they said no, after that I didn't say anything apart from I was praying for them. Yet God was able to work through the situation to change their lives. 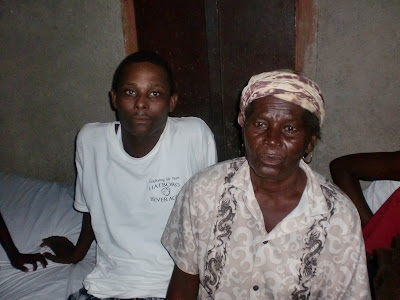 Berlota with his mum
Monday then, we put him in the back of the car ,sitting up and headed for his house, stopped off at my house to get his wheelchair which had been sent up from Port au Prince. While we were driving along all I could remember was when we went to pick him up at his house in June. The chaos it was to try and get him in the car, how he looked so ill, how he had to lie on his tummy with his legs bent up and the smell of infection in the car. Yet here we were four months later with him sitting up in the back of the car looking really healthy travelling back to his home. 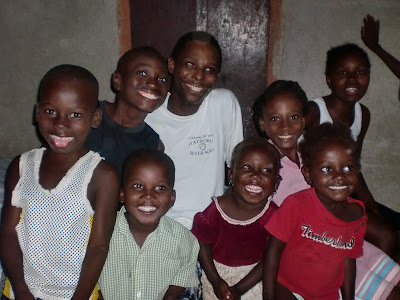 When we arrived in the area of Balan, where he is from people started to say 'Look there is Berlota.' By the time we arrived at the house there was around 30-40 people there to welcome him home. Sometimes in Haiti if there is something going on there will be heaps of people just to see whats going on. However this was not the case, all these people were there to welcome him home, it was very cool. We went into his house and he was sitting up on his new bed.....again all I could remember was in the same wee room in a mud hut, him lying on a cement floor on a single sheet with that huge sore on his back where I could literally see his insides. Yet now sitting on his new bed with all his nephews and neices sitting round him laughing. We spent some time with him and his family and friends with people coming in and hugging us to say thank you. We prayed with him and the family and left them to celebrate him being home. 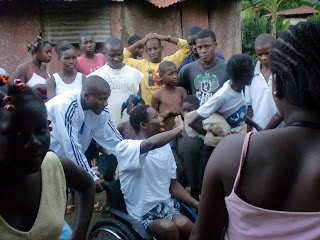 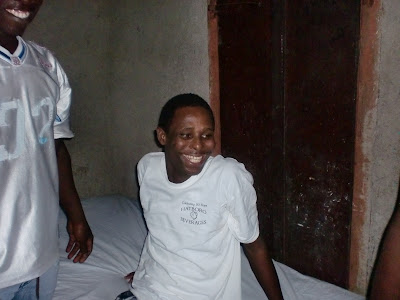 It was an absolute priviledge to be a part of what God has done in his life and to see how God has provided all that he needed the whole way through the experience.
Then Tanya the young girl with breast cancer has left for the states. It was amazing how everything came together from flights to funding, absolutely everything has been taken care of. I cannot imagine how she felt when she landed in the florida and stayed in a hotel last night. She is from a poor family, all she has known her life is life in Haiti which is miles away from the states. Please pray for her as she settles into the US and as she starts her treatment, I don't think she has any idea what is ahead of her but I do know she is trusting God completely. 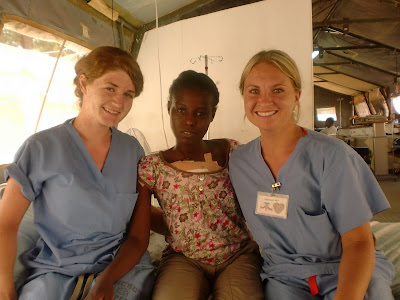 This post is called the hardest part and (maybe this is a little philosophical for me) but its from a coldplay song which says this  The har... 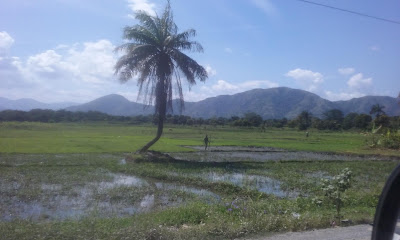